The Wytham Estate is an iconic location that has been the subject of continuous ecological research programmes, many dating back to the 1940s. The estate has been owned and maintained by the University of Oxford since 1942. The wooded parts of the Wytham Estate comprise ancient semi-natural woodland (dating to the last Ice Age), secondary woodland (dating to the seventeenth century), and modern plantations (1950s and 60s). The fourth key habitat is the limestone grassland found at the top of the hill. Other smaller habitats include a valley-side mire and a series of ponds.

The site is exceptionally rich in flora and fauna, with over 500 species of plants, a wealth of woodland habitats, and 800 species of butterflies and moths. Wytham Woods are often quoted as being one of the most researched pieces of woodland in the world. Covering 1000 acres, they are designated as a Site of Special Scientific Interest.

The research carried out in Wytham Woods reads like an ecological textbook.  Lord Krebs of Wytham listed some of the important studies; 'density dependence and population regulation, the evolution of reproductive rates, the heritability of ecologically important traits, the response of populations and communities to climate change, natural selection in action, the relationship between stability and complexity in ecosystems, and the chemical defences in plants against insects.'

The Woods are enjoyed by walkers, wildlife enthusiasts, and school children, and used by researchers both from the University and around the world for wildlife and environmental research, some of which provides data going back several decades.

They are also home to the Japanese Anagama Kiln project, which demonstrates an ancient technique of firing pots, and the Wytham studio. 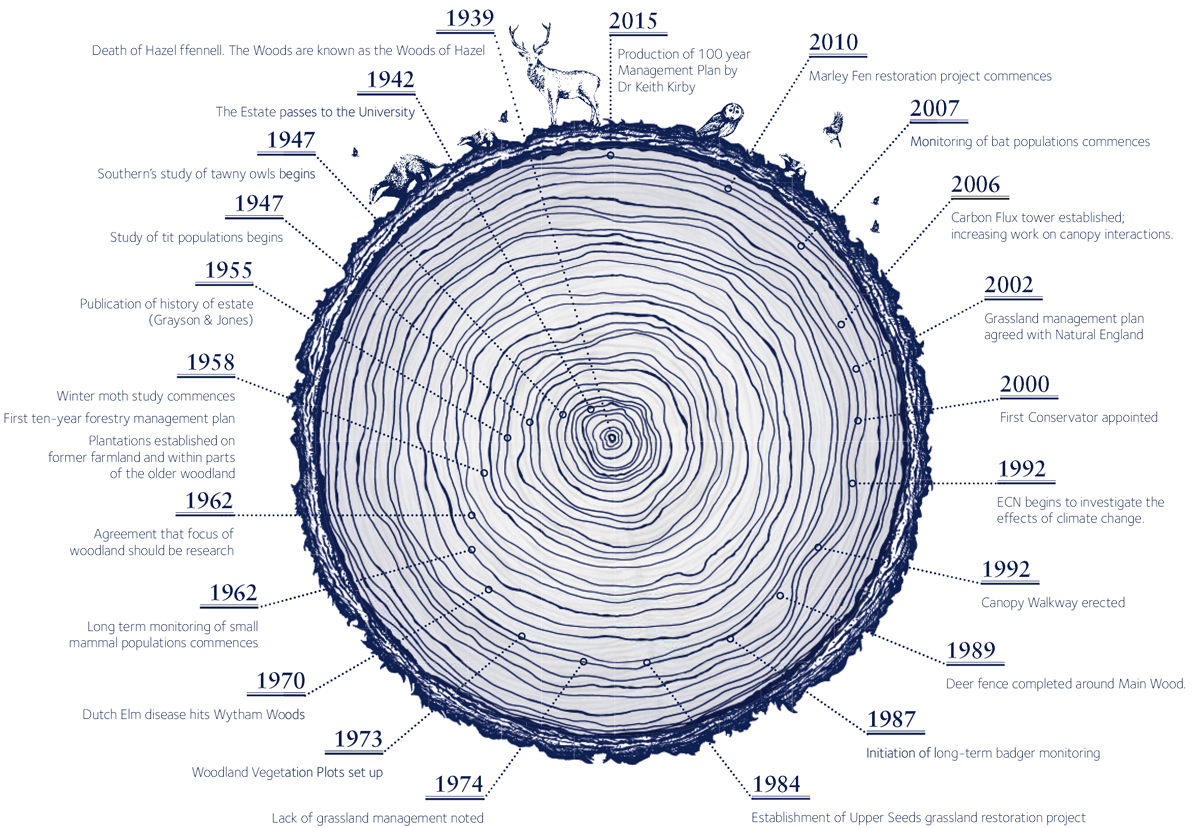